Academic Credentials:
Bachelor of Arts in Spanish, University of Georgia
Bachelor of Science in Microbiology, University of Georgia
Masters of Arts in Teaching, University of the Cumberlands
Career Highlights:
Spanish teacher at Belmont Academy in Lake City, FL, 2017-present
Anatomy teacher at Belmont Academy in Lake City, FL, 2017-2019
Biology teacher at Belmont Academy in Lake City, FL, 2017-2018
Biology and Integrated Science teacher at North Bullitt High School in Shepherdsville, KY, 2014-2017
Personal:
I grew up in Atlanta, and went to the University of Georgia where I received Bachelors degrees in both Microbiology and Spanish.  At UGA, I was fortunate enough to study abroad in Argentina, where I furthered my love of Spanish. I was also in the Redcoat Marching Band Flagline, and was a color guard instructor for 6 years. Before teaching, I actually studied dentistry. After a year of working on teeth, I decided to move in a different direction and become a teacher.  I obtained my Masters of Arts in Teaching from the University of the Cumberlands in 2014.  I have a two year old daughter named Sophia, and a chihuahua/schnauzer mix named Georgia. In my spare time, I love doing crafts and watching movies. I also try to travel as much as possible (I have been to four continents, fifteen countries, and six Spanish-speaking countries). I love being part of the Belmont Academy family! 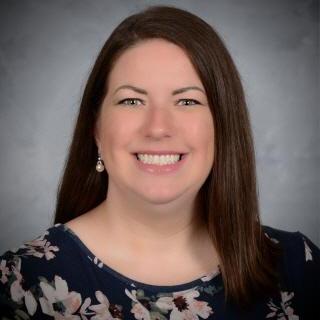