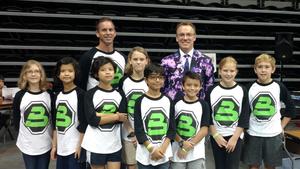 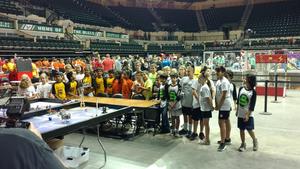 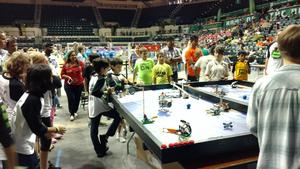 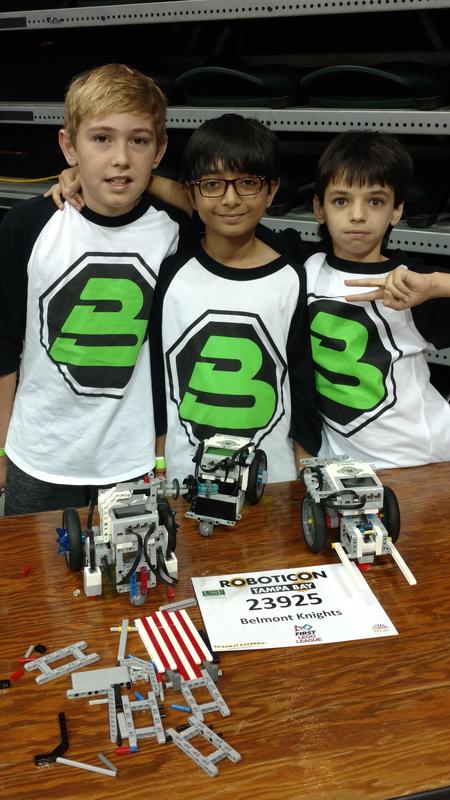 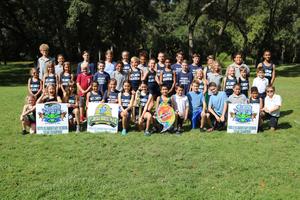 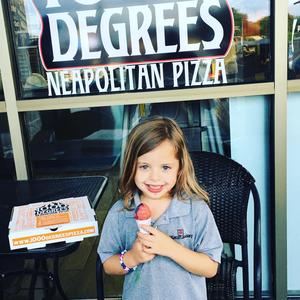 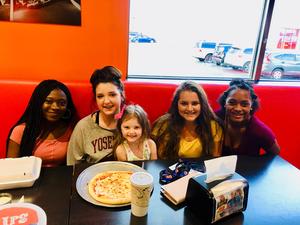 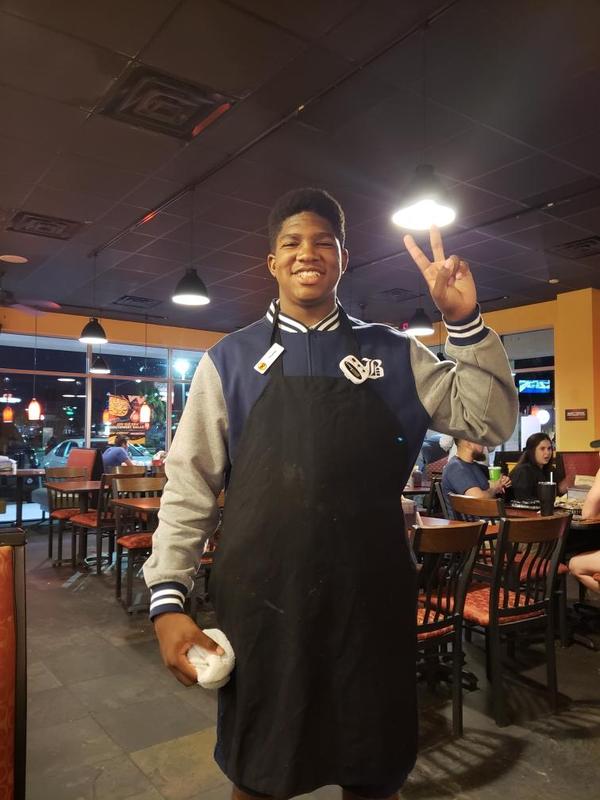 Belmont’ First Lego League joined tech clubs from all over Florida at Roboticon 2018 in Tampa and experienced cutting edge engineering innovation as well as participated in robotics game challenges, on Saturday, September 29.

The University of South Florida College of Engineering pulled out all the stops for Roboticon 2018, with more than a dozen exciting and interesting projects for teams to enjoy.  Our First Lego League members got to see many amazing exhibits including brain-controlled drones, obstacle avoiding wheelchairs, robotic arms and more.  At the event, robotics competition teams also get their new season challenge and had an opportunity to play the previous season’s game.

Mark Smith, the club sponsor for First Lego League (FLL),  organized the trip to Roboticon. He is very proud of the students’ performance at the event as well as the work that is being done in the club.

“I am very impressed with all the talent that came together to move the robot to accomplish the missions. I can say, I am a very proud coach and I’m looking forward to pushing ahead and getting more missions completed,” said Smith.

Event attendee and Belmont Academy student, Samantha Young, was also very excited about the event and was impressed with the technology.

“They had this robot that could draw. They also had virtual reality simulators and a brain controlled drone. It was awesome,”   said young.

The next mission for the First Lego League is the Lake City FLL robotic practice event on Saturday, October 13th from 8:00 AM to 12:00 PM at Lake City Middle School. At this event, the team will be judged on core value, their project (Socks), as well as the robot competition.

While some Belmont students were pushing the limits of technology on Saturday, other students were pushing their physical limits at the Alligator Lake, cross country race in Lake City. At the race, the elementary level athletes dominated the competition by winning the boys and girls championship. Kiptyn Peeler took first place in the elementary division.

Coaches  Shannon Sawyer and Annie Hopkins have been working with these athletes since the beginning of the school year.  Coach Sawyer credits the success of the team to the students.

“The success has little to do with Annie and I, but mostly to this fabulous set of kids who continue to practice in heat indexes of over one hundred degrees, said Sawyer.”

In other news, a fundraiser was held at Moe’s and 1,000 Degrees on Tuesday night. These two restaurants generously donated a percentage of the proceeds from the evening’s earnings, to Belmont Academy.

Next week is Spirit Week at Belmont Academy. This is a tradition that students and staff look forward to all year long.  Be sure to check out next week’s article to read about the clothing theme of the day and to see pics of some of the most creative clothing creations.